Stranding prepositions; the above all language intuition

Post #1
It is not that long ago ‘The Language Instinct’ came again as a book of the popular sciences to retails and on the right time when people looked for gifts to purchase.

The author 'where the most creativities come from'. (note: What you see and what you hear may not be the same as when i viewed these clips, but the highest creative thinking and productions are still the reflections of the most sensitive people if so.)

Similarly, yet in a different approach, but not much is spoken is about the language intuition that gives researchers the ways for finding the rationalities behind certain expressions in a language and in the pure nativity. We have seen the same debate about stranding prepositions from time to time for ‘should we’ or ‘shouldn’t we’ in formal writings. Among a few, some notable linguistics writers about this topic are Mark Liberman, John Lawler, Ronald Carter, Michael McCarthy, and Noam Chomsky on the grammar of Government and Binding. Each of them has added inputs to the topic, so what is more to the topic still then is perhaps the rational process for its logical phrases. 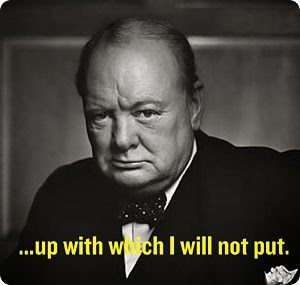 Unfortunately, i don't have the exact quotation or the citation at hand since i still have to look for the originality first and am also not sure of the corpus test on whether all the phrases of stranding prepositions log into the logical process.

In syntactic theories, a preposition stranding is the syntactic construction in which a preposition avoids reduplication with its object and that seeks for its object mapping as an adverbial complement to its antecedent object mostly on 3 principles—