Stranding prepositions; the above all language intuition 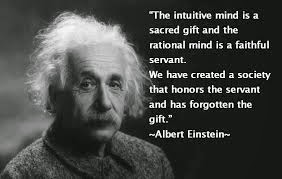 If you are writing social sciences and journalism, you are mainly focusing on lives of people and life of yours. We, language and linguistics bloggers, however, are not in the businesses of politicking people but in the business of politicking the nucleus of a subject. There is the power of the intuition in one hand and the logic of a language on the other. But the latter is not without its controversies, first in order  to  code the constituencies for a further elaboration like in this example to which posters are working on today or like on the preposition stranding literature:
On the preposition stranding 'to' and 'after':
There is so many literatures about this, but they are too redundant to take them for any reasonable analysis as to what one’s interest is if only concerned in simplifying the language logic so that the patterns behind the syntagma can be logically expressive.
Among theorists and hypotheses, the current literary works on this, posted on Sep 02, seems a sufficient enough achievement as far as the complications involved are concerned in bringing them together to a perspective by cutting away the arbitraries or nonsenses for an elaborative hypothesis. And with the addendum of the test of semantic predicates by the way of  moving the preposition to the front of the sentence to see whether that makes an equal syntactic validity or not, as Bernstein pioneered in this literature, the proposed paradigm seems now as an already sufficient makeover from our traditional views of the matter like in these example:

So what else the conflict or critical in our conventions to me or anyone else, whereas something else is said to be a logically binding, is perhaps the code of functionality in which each class of word or phrase makes a syntax meaningful.  Like in the above examples, the terminal word 'to' and 'after' are prepositions  for many  grammarians, but i am not in the highest favor of taking the traditional view, regardless of the matter whether i agree instead with  Bernstein's  literature work about this or not. But to sum up ‘worlds of literatures’ available:
However, one of my neighbors also said that she would rather say something like 'The saffron is a good ingredient to cook with.' than 'The saffron is a good ingredient to cook' in order to have the thought of the speech to be expressed meaningfully. Certainly the first example adds meaning, and this is where the terminal word is understood as a preposition for its functional Ø object complement.
There are so many further hard questions along the way for confusions if we already know where to begin our search for answers. But i am not very happy with the keep on going on this further. My next post is on the professional ", too".
By: LangLing