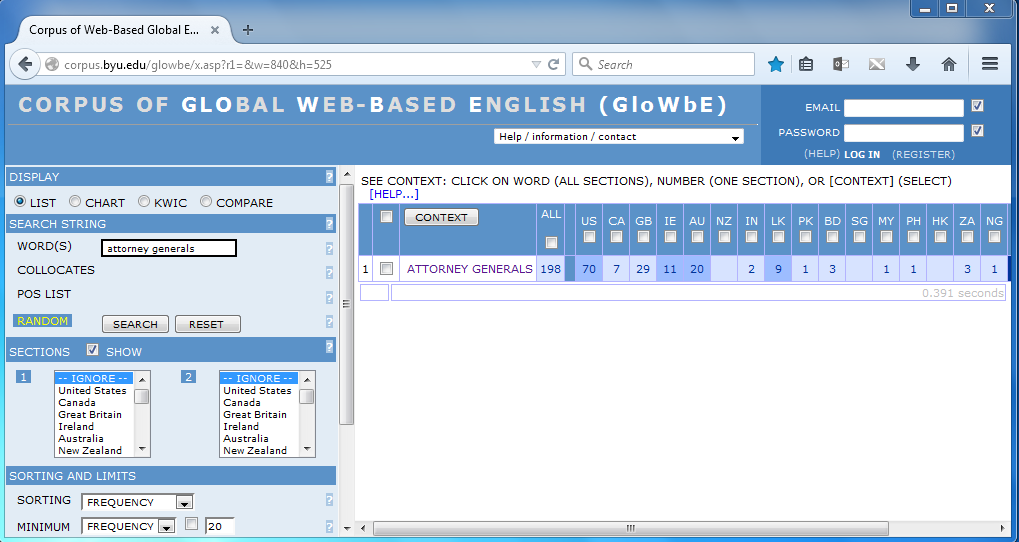 Two notable langling issues from recent language posts around I wrote down for a comment this time is the contrastive plural and case lexemes in the context of their notional grammar .  One issue is the question why we prefer Why me instead of Why I, and the second issue is the question of correctness on the plural form of the compound noun attorney-general.

If you are langling readers, you may be interested in these comments bellow from Wikipedia RDL,  but you may perhaps want to solve the puzzles yourself first for your curiosity before looking into an additional read.

That's like saying "attorney generals" is ok because "general" is a noun. I'll leave it to someone more educated to say why with the correct terminology. --Mandruss ☎

Personally, I say that "attorney generals" and "poet laureates" are correct because the pluralizing S ending in English becomes a clitic in such expressions. But in the end correctness is a matter of opinion. --65.94.50.15 (talk)

It should be "attorneys general" and "poets laureate" because the people concerned are attorneys and poets resp. They are not generals, which is a rank in the army. Similarly for " directors general", whose job is that of director! not general. But in the (UK) army, the plural of major general, lieutenant general and lieutenant colonel is major generals, lieutenant generals and lieutenant colonels because the people concerned are generals ( not majors or lieutenants ). --Widneymanor (talk)

Arguments from logic are really of very little value in discussions about language. If you are concerned with "correct", then that is a purely social judgment, and is essentially arbitrary (though there is often a logical rationalisation given). If you are concerned about how the language actually is, then the only effective method to determine this is to examine how it is used and understood. --ColinFine (talk)

The Chicago Manual of Style provides some help in this by narrowing it down in two rules, namely only that the last noun to be inflected if a word form consists of a compound form of noun is one or only that noun (first) to be inflected if a compound word form follows an adjective or prepositional phrase is the other.  No doubt that makes things much easier other than the problem of identifying the word category of ‘general‘ as to whether it is of  an adjective or noun.  Also to say however that approximately 200 corpus texts, mostly of very good writings actually, also reject the contemporary take on this version as it is of an adjective—taking apparently the side of the prototypical military-general as its meaning—‘attorney generals’. And the rest, approximately 400 corpus texts, rejects the noun version—taking the side of very rare post-positive adjective version as its meaning—‘attorneys general’.

Still not much successes though in finding a correct answer to this puzzle from reliable sources, I would rather go for the version ‘adjectival’ in this (rather than for ‘adjective’) since only the prepositional phrase  ‘attorney in general‘  or ‘attorney at general’ in contemporary term is what remains elliptic for confusion, although it seems possible  that at some point prior to king’s counsel (postnominal KC) term, the nature of 'attorney generals' term had been likely of being the very nature of the prototypical military generals.


On the question of why we prefer Why me instead of Why I:

Literally, traditional grammarians do reject the notion of predicative nominative or nominative for an accusative counterpart in a context for an example like 'John and me + VP'. It is then indeed only the notional grammar (rather than structural grammar) to sort things out, along with other issues of complications like Why me is correct, for example.