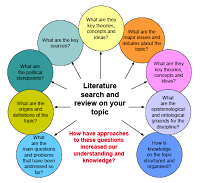 (Note: It just comes to be noticed today, January 08, 2018, that the sample Research Proposal in MS Word attached bellow has been vandalized now. Apparently this looks like to have happened for a some time already now either by the way of one or more instances. I did the check only a year ago. I see if i can put it back again).

Whether or not one chooses to include dissertation thesis (the subject in discussion) in the class of empirical or a priori proposition and so to admit that such an assertion can be conclusively verified if so, it would be remain true that vast majority of our dissertations are neither themselves being able to follow the principles nor deducible from any other set of statements for their respective theses. Consequently, if the principles of verifiability is seriously considered as the criterion for meaning, this must be then interpreted to be in such a way of admitting only the phenomenolist peculiarities as if they were reasonably good enough.

I recall this, after reading many dissertations some years back, that it departs from our philosophical tradition in the strong and weak sense and, ironically, in many cases for nothing but for something like 'he is a good person' or in the strong  sense like 'honestly god, he is a good person', differing to some extent as if  either of their conditions or results of proportionality alone would have tendentiously served the same purpose in their probable and potential deductive capacities.
Sometime sounds rather funny yet for some and difficult for others it is, indeed it is difficult to begin with the piece of writing called 'research proposal' (RP), understanding this at front already that there is still an issue  like how your research proposal could possibly be read, specially if you have personally known and so have eventually  checked writings, contents, and publications of those possible appraisers for their professionalism.

Furthermore it may still be an issue in the faculty of arts in comparison to sciences, as stated in my earlier post, as to how you can put together things which can give relief from boredom or give additional boost to showcase your writings skills within those five methodologies consisting of our writing paradigm, namely, 1) plain and formal, 2) linguistical, 3) philosophical, 4) pragmatical, 5) technical.
If you have good education and skill in writing linguistics and philosophy, this may be something to a proposal appraiser even for them having personally to appreciate your inputs, you would hope. But this is by and large not to be the case, i think, at least in most cases as you would perhaps except with the administrator and appraiser capacity in general to read philosophy and linguistics beyond certain level and with your take that you are also going to be persuading a degree to be called doctorate in philosophy. Unfortunately it is no longer  the case, i would argue, although historically this ought to have been its impact such a way, including in the faculty of science. Even philosophy departments  have only their agendas, secrets, and issues but not really reading, writing, or speaking philosophy beyond certain level, which is apparently linguistics and pragmatics nature of the language today.

RP has come to be of my interest as well as I was interested in writing a book ‘Essential of Language (TESOL)’ for academia and thought doing this with the particular interest for writings and academic writings in the background. But i am as a hobbyist, write literature reviews for LangLing and prefer though do the writings  in a university registration, so am now looking back some of our traditional research proposals with their issues.


I think 'research proposal' in general in these is a bit misunderstood concept as it is a matter supposedly to an academic in duty or to an affiliate to conduct a research study for funding and so  i tend to think this is the reason why this is usually said to be so without necessarily having to affiliate the postgraduate study with the academic writing but to scientific or theoretical or professional by nature. How an admission to phd work looks like to me then is  there appears to be admission offices which directly could select students with their staff confident as if there is enough faculty member available for supervision, or alternatively could choose to direct admission interests to faculty member(s) specific to an applicant interest in question for an advise and consultation as to if the application can be taken or not. There appears to be also cases like applicants could arrange the supervision possibility first on their own and then can make the application to an admission office.

By and large with the globalization and other things, these approaches rather seem to be difficult for students and admission offices. So it is why they tend to look for something more in detail and this is then turned out to be (or called out to be) 'research proposal' these days, if necessary. This appears to be meaningful to studies in  social sciences for funding or in the faculty of science where such a traditional proposal writing can easily be applied, but when it comes to a phd dissertation in the faculty of arts, this sounds a bit of a joke to think what all matters applicants could even throw in to comply with our traditional RP.

Something still must be there for an admission office to work on an application and see if a supervisor can be assigned is perhaps the fact here, rather than students working on it with more guidance and detail for completion during the study period.

Attached here below is RP i put forward to Cambridge in 2006, together now a dynamic TOC  and format for an easy edit.

To those who cannot view or open the file in correct Microsoft Word format via Microsoft OneDrive, here is link with a blogger copy: http://www.langling.ca/2017/01/research-proposal-writing.html