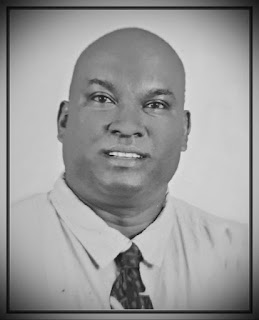 Great Tamil is gone and he is also my brother.

It is my privilege on this 30th day of remembrance of his passing that I share this short message with those know him around the world for his simplicity and commendare entrust that not everyone shares in the absence of obloquy as he was, and it is my privilege that i indulge myself of wit with those know him close remembering him for his friendship to be such one of a kind no easy to be replaced with others.

What a great Tamil, questioning myself, to remember him in a particular way, it is indeed his way of speaking Tamil, not related to the north or west of Sri Lanka but in particular way him mastered to be speaking the spoken formal Tamil without any area dialect influences, and of course in his resonant voice, with the natural ability to recognize non linguistics characters instantly on the goes while speaking, and particularly on the consonant harmony in Tamil for alveolar and palatal fricatives.

What a great Tamil, questioning myself, to remember him in a particular way, indeed it is for him leaving about 1 million dollars to his brothers and sisters something not natural to Tamil Canadians, and for spending almost all, also being as a Tamil, about 1 million dollars for travelling which was given to him by the late Manitoba judge Joseph O’Sullivan.  Yes, he was well aware that for about 300,000 Tamils living in Canada, a saving of even $10,000 is to be neither an easy realty nor is natural for Canadian Tamils. Yet his simplicity and his simple lifestyle was only that natural pride in him.

In the 70s, he was a comedian he told me, for having the habit of a particular way of bringing others into comedy by taking himself also high risk. He told me a few examples and he remembered his awkwardness as being partially attributed to the social gauche of that time,  also in Canada in the 90s in Aboriginal communities by making them happier than ever with some gifts that they valued for more than anything else but this being as his mistake and yet having enjoyed for being with them, he said. The 70s was his best time yet, he said, for being not watched by father or mother or by anyone and for having able to cut school and be hiding somewhere, and whenever he got into school, having also senior school fellows with anger and getting the nickname rubber head therefore, he said. I remember him to be separated from the rest for one year as my parents got into struggles and therefore my mother took the rest of us and left him with relatives to finish the national GCE exam and him bringing then all the 10 subjects F when he returned home after the exam.

In the 80s, he built back himself from setback while unemployment for youth was more than 98% in town and eventually became model for youth in the 80s, at time when Canada introduced youth exchange program in Sri Lanka and he was to be the one selected from Kilinochchi for the year 1980. And in Canada, he became the model for young-immigrant business owner, immigrants running businesses within 1 year of their arrival category, for running a convenience store at 260 Goulet Street Winnipeg. When I asked how that happened, he replied "all you needed to do was paying $50 for a lawyer to do the paper works so you could focus running the business."

In the last 20 years, he spent his time in overseas and seemed to be liking everywhere and particularly in Peru. 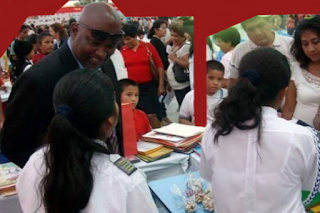 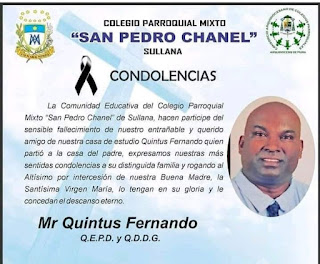 Personally, what a great brother, wondering myself further, it is indeed about his struggles for not being able to separate me completely from him with the internal pressures that he had had to live with for 30 years since Justice O'Sullivan passing his will and yet bro for being anything but having kept his will to me regardless of any pressure. Not always an issue though to remember a person in a particular way in such, though of course I thank my bro both for his thought when i was myself wealthy enough and now for his help while am very poor, but his friendship, leaves only with the difficulty to see him.

Miss you very different ways. May your soul rest in peace!