The digraph 'ch' and silent 't' in phonology

It is after all the best time for many to slow down a bit for rest and relaxation and merrymaking activities than hard reading and writing to be the ways to continue.

This clip is from Huron Carole, a traditional Canadian character mapping for Christmas songs and something I used to watch with my favorites, having also what is said to be the mutatis mutantis: 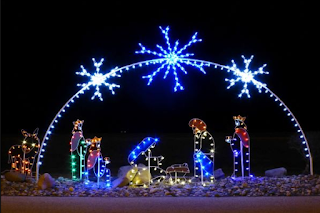 (Initially posted video clip is likely no longer available)
It is then needless to mention there is no logical ground for antagonism between <christ> and <christianity> on the epistemological account by which we are of religious assertions with theist.
Apparently, it is then of only the cross logical blunders with the takes that the vowel in <Christ> should consist the diphthong but monophthongs in <Christmas> and the voiceless stop /t/ should be present in <Christ> but silent in <Christmas> in relation to its voiceless fricative /s/.
Furthermore, so far there appears to be no indication on the part of the variation in question as to whether it should or should not be renounced the allegiance of silent ‘t’ to its constituent, in light of the forgoing facts and considerations within phonology, this appears to be also that the orthodox view can never compel itself from being abandoning a generative hypothesis. Yet what is only sufficient to point out in here is that there is slight danger of being misled by such hallowed hypotheses as if they were genuine like <ch> hypotheses as in a language like German.
Thus, in English only the digraph <ch> is rule governed rather than constrained for rhoticity or allophony in this context as to its relation for the /k/ partner selection among those 4 choices of, namely,

Having at the same time no parallel with anything with German phonology, those of certain of this procedural and substantive issues relating to what /k/ phoneme has to do with <ch> digraph for complementary distribution is a simple but another issue than as traditionally having been mistaken for German <ch> analogy as in here:

In English however, and in analytic phonology in particular, it is when sonorants exempts nasals but remains consonantal for a nominal complement, the byproducts are equal to liquids.
A further simple explanation on the principles in which /k/ phoneme encounters in complementary distribution is that--

So it is how, contrary to our commonsense, the /k/ plays the role in <ch> character as in <chloroform> for  /klɔːrəfɔːm/ and <chronicle> for /krɒnɪkəl/, and that any exemption is so to speak being very rare other than perhaps for voiceless velar fricative /x/ or voiced velar fricative /ɣ/ in some instances.
Thus when such liquids are served as a complement for <ch>, the only partner available to a selection, according to literature specific to English, is interestingly the /k/, with or without regard to law of entropy as to if it is still for clear trill or clear lateral liquid.
--------------------------------------------------------
Something else not related to this post:
By: Nevill Fernando