The adverb 'too'. Is it scrambled or straight, Oscar? 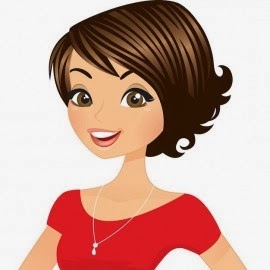 Regardless of whatever it is but that our particularisers focus the matter only from beside is also  about, professionally speaking, whether not our  misplaced positions are then really serious and why we do feel a bit bad sometimes if not. Certainly the concept popularized by Chomsky and followers, following rationalist philosophy, is that language conduct is governed by quasi-immutable laws that are similar to that laws of the physical universe and can, like physical laws, be discovered by specifying how particular grammars are organized, how the different rules of these components are constructed, and how they interact in leading metadiscourses. However, these following excerpts from literary usages help us a lot to feel better:
As well as providing the above examples and in providing these following literary explanations by those same authors help us more to see where the usage explanations interface with the theoretical modulates that remain essentially intact and formal in their very respect but differ from their retrospectual setback:
Now, to set aside these above illustrations for a moment and come back to my previous post for why pedants are not happy with the way we are doing a thing in that it is almost certain that our intended speech and written speech are different like, for example, as in d) whereas it is always well understood, regardless of its misplaced modifier, as something meant to be for the meaning ‘Do it right and save money too!' but not to take it literately since both with the comma ‘save money, too’ and without comma ‘save money too’ having different  propositions, i have to agree that the both versions together can only express a near like proposition in that the meaning would be logically inconsistent to assert one premise and to deny the other.

Then that it is not a sentence itself which is true or false is not an issue. It is. It does the completion in it's own right. But just not it is without a false premise, means, only a false conclusion can be deduced from particular use of it whereas  the context will not determine what is referred by the adverb ‘too’ and what proposition is expressed. Accordingly, ‘too’ could be used in different positions to express more distinct propositions of more or less of true or false categorical propositions. In that, the example d) could mean ‘save money, rather than spending more or not saving enough’, or this could mean ‘save money as well as work’ if there is no comma between the object and adverb.

Furthermore, although a propositional meaning is a central part of the meaning but not the whole of it, it would be of still a mistake to think that the both versions of the example d) as having the same propositional meaning and the choice between them as if they weren't categorical significances between them. On the other side of the argument, however, is that since grammar indeed makes available to a variety of different ways of expressing the same proposition so that at a particular point in a spoken discourse or written text for which that we select a form that is appropriate to the transcendental deduction of our assumptions about what information the addressee(s) in question might have already possessed or what part of our message  that we wish to emphasize or focus on etc, we can manipulate the contextual clues.

However, our question still remains on the issue Are we doing it right?. Not really. For example as in b) above. It is read as if:
And accordingly, it is not about the time, other than our having her appearance spoken in our memory.
By: LangLing