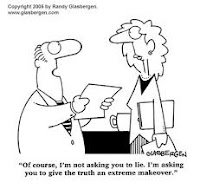 Is it about the writer or about whom it is written when it comes to a reference? It is true that many wouldn't have the chance to get a reference from a well-known good writer or from someone prominent in some other ways in town. True also is that a good writer in town or elsewhere is usually known only with the level of education or, secretly, by our sanctimonious  prose of the orthodoxy. These are yet appeared to be irrelevant in practice, or even overlooked, for simple and slow in favor. Is there still such a thing as good reference writing?

Writing a reference to a student, employee, or known is perhaps a little of the skill although there appears to be, in most reference letters, just only the same and simple phrases, clauses, and sentences that you could use for you to sound philosophical. So how would you like to repute yourself to a reader about your philosophy and honesty as a writer in an environment that still requires your reputation relation? Is this your writing what makes up your character for such a discipline, being able and sound right?

The answers is perhaps it is since when we look at writings, certainly we make up the image for the age, education, profession etc. However, we know this is not the same case for the person themself about whom a reference is written since it is understandable that almost everyone in need of a reference wouldn't look at the styles and contents of writings for that good reason that it would be just glad for having secured a reference for the need and for nothing important other than that particular instance of rush and need to have accomplished is only the issue being remain.

There can also be circumstances whereas references are to be seen yet with the interest, without raison deter, for writing style and writer skill.

So after a little check on reference writing from some good writers with their writings for students, employees, colleagues, friends, and knowns, i have come also then to say at the same time that my people ranks on the top line writers than the most writers for samples I have seen. Here bellow is a few samples with the writer identities hidden as I haven't yet asked them for the permission to a public post.

I have in receipt of your letter requesting an inquiry for a reference about Mr. Nevill Fernando.

In referencing him with an enclosure of vindicated vanity having the appraisal of personality, performance, attitude, and overall suitability, I daresay he is also theist, believer in transcendent god.  Yet on the other hand Nevill Fernando is apparently a functionalist who, in my opinion, an able fellow well suited.

Occasionally as a working partner and so subsequently visited him at his home, I have had the opportunity to see how him to have developed into a fine person he is. He mastered the business.

His employment requires organizational and administrative skills, combined with logical approaches to problems solving. He appears to have taken courses in many respects and so is being able, and has done, to accomplish things that others would find rather as being very difficult.

On the side he prefers also to study some further, write books, and teach English and linguistics to teachers and postgrads in a country like Sri Lanka. And I see him with habits.

I have no hesitation to recommend Nevill Fernando to our institutions in which this applies.

Exchanged in here is an engage of correspondence referring your inquiry about Mr. Nevill Fernando.

I presume you can easily get familiar with his qualifications as to if a refusal of an employ being judged by those in ranks who are presumed to be learned and worked in this industry considers to be in any way meaningful at this particular in question.

I cannot therefore make further comments, other than a hear say on my gross oversight in his specialty in each and every sectors by which I am acquaintant for a some time now and to have in addition visited his site over the years.

I am compelled, without further ado, with his initiative, energy, and ability to bring things together such an effective way where one cannot usually sustain convictions in the face of such an apparently hostile evidence to make the necessary ad hoc suitable. It is thus plain that no conceivable observation, or series of observations, could have any tendency to show what revealed to us by our sense-experience was real.

Carrying out an active practice of teaching himself both philosophy as well as language and linguistics in his free times and devoting himself thereby to academic pursuits and volunteerism in addition, his contributions to LangLing now is a tribute to our modern empirical world.

Certainly he impressed me with his outgoing personality and the determination for cause how.  I have no hesitation in recommending him very highly to you.