Am i ok? I don't wanna talk about it 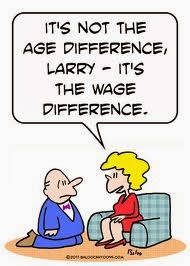 You might wonder why a meta is loosely translated as the phenomenal difference between realism and idealism or what one scaffolds with the other for its objective realty is said to be a meta. Those who are not  happy with the philosophical redundancies as their connection to each of their  metaphysical properties in question may prefer a simple linguistics explanation but might then still  wonder why a linguistic meta is the difference between an objective realty of a given speech and its deductible semantic validity or what one carries with the other is said to be a meta (a deadj noun). This was one of the issue in which many language bloggers had disputes and in particular was on the take that what you see is what you get is not enough. I like writing something, but those who are still not happy with the linguistics redundancies on the issue might want to look at this little story and see why it is so analytic:


Soon after i had left Sri Lanka in the 80s, i moved into an apartment where everyone spoke German except me, so i still had to speak German with one neighbor but in a way of its metalanguage since i was not familiar with the object language, even for a word. From contexts, i understood that such an interrogation from the neighbor like ’Am i ok?’ did not mean to be of something like where a patient from English as a second language background would likely ask a medical doctor. A short reply to the question from a medical doctor would likely be ‘no problem’ or ‘yes, you do’,  but the reply like ‘yes, you do’ sounds very odd in the case of me and my neighbor for the reason that not only it doesn’t carry a figurative or pragmatic object equivalence in a discourse but  for the reason also that it carries a meta which is just conative.

Even after i had learned to speak some spoken German, he kept the same interrogation ‘Am i ok?’ for its conventional counterparts but in a varying meaning in the latter period, whereas in the first period of time, it was just to make sure that i wasn’t bothered with his often invitations to have some beers with him, or with the answering all his curiosities and concerns, or with his offering to me to purchase some of his winter clothes while the winter was going to be on the way, and so on.

The ‘Am i ok?’ in the later time, however, did not mean to be like ‘Hope i am not disturbing you?’ but just for the same linguistic monism that connotes something of its similar semanntical meaning but at the same time having also non identical semantical properties. For example, the latter case here could only be interpreted, from the context, as ’Am i good?' or 'Am i decent enough?’ as something that is characteristically self-referential (metalanguage) to its object language.

Throughout the world and throughout history people have invented secret languages and language games. Sometimes words are used either as a means of identifying with a special group, or for fun, or to prevent others from knowing what are being said. When the aim is secrecy, sometimes we are puzzled, often for meaning, especially if something is attributed as a referent to a property of a word and we barely know about the abstraction of the attribution as to what it denotes or connotes exactly. You don’t go to a medical doctor to ask the question about what the meta has to do with metaphase or metaphysician. I think it is even better, at least personally, if you can just speak about the illnesses without studying all of those terminologies first and then going to see a medical doctor. Fot most cases, i believe this approach can provide a better motivation for  health care than the second way. However, this analogy can only be of true manywhere but not in certin academia.

Certainly many of us can easily understand the meaning of the word ‘paraphrase’ but not the meaning of a word like ‘metaphrase’, or ‘metaphysical properties’,  or the meanings of  a few or many or all of these words: metaclause,  metasyntax, metalanguage, metaphor, metaphysics, metaphysicians, meta-tag, HTML-meta, metaphase , metabolism, metadiscourse, and meta-café, meta-atom, meta-RSS, Meta-wordpress, etc, etc.  And certainly it does create confusions.

Or why are some links called ‘metaphysical properties’ and some other links are called ‘meta-atom’?  Or is everything said to be of something meta? By the analogy, arguably though, a meta is a bound morpheme by a definition since it never occurs itself as a word. But a problem in this analogy, from their morphological standpoint, is that a word  like 'metaphase' (as it is used in biology) can  be deducted only as free morphemes and  a word like 'metaphysician' (as it is used in philosophy) can be deducted only as  stem morphemes. So, you might ask, is it then not a root morpheme?

But the good thing is that it happens to be fond of problems with other millions of scholars for the same literacy even if we find it tempting when it comes to something like metaphysics or metaphysicians.

This post posted earlier and some comments to it is in this link: