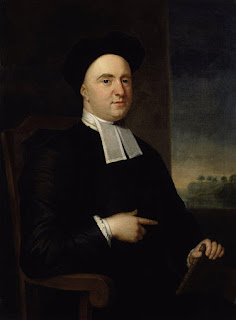 True that when people engages in quest for the highest knowledge (or philosophical knowledge as we call it), the inquiries are likely based on certain assumptions about those hypotheses contradicting with other reasonably somewhat agreeable varieties of syntactic constructions to which people in general are acquainted.  'Fine also if you are not with me in this', so to speak, here bellow you will see yet 'as to why' from my comments a few years back for a literature review on some good comments written in Wikipedia.
------------------------------

I have a few more quick comments to add for CAIFU, while that I like to write something is no doubt the first and am familiar a bit with the literature is the other, but as you may well see as well that all the posters are likely of being older folks with many years of languages and linguistics writings regardless of them trying pretended to be of being themselves not identical that way, I tend to think also the same that people do see this sort of forensic phenomenon elsewhere also however when people encounters each other with the curiosity for making judgment upon someone as to if one is able to read and write certain things or for  what one is possibly being able.

No doubt yet that without having such a basic infrastructure for a language investigation, it is easily to err with the a priori assumptions just as how John Locke contention like “The mind perceives the truth as the eye doth the light, only by being directed toward to it.”

There no doubt also is that certain concepts are better explained if they are written in language specific way like in politics, philosophy, linguistics, or in plain and normal etc since certain concepts can be easily written along certain subjects just as they can be easily read if they are written only within certain subjects.

CAIFR is indeed an interesting yet a bit tricky concept in comparative linguistics crosslinguistically. So I decided to add some more comments in philosophy as it is much easier to write for a much better elaboration that way. My comments are here bellow comments in  blue font  for certain comments selected for interest from the WP post CAIFRCL in general and now bold faced here in particular:

Comment-1: In languages that have fused relatives where the relative words inflect for case, how does case assignment generally work? For example, I found a source that says in German, if the matrix and relative clauses assign the same case (or two different cases where there is syncretism), then use that inflection, otherwise look at the two cases assigned according to this order: Nominative - Accusative - Dative - Genitive. If the relative clause assigns the case farther to the right, that case wins, but if the matrix clause assigns the case farther to the right, the construction is syntactically blocked. In English, there seem to be two camps: those who say the relative clause always governs, and those who say that conflict blocks the construction entirely in formal style (though informal style can always use "whoever", of course). So my question is a little open ended: is what I said above correct for German? What is the data for for English? (I understand there probably isn't a clear answer for English due to the moribund status of "whomever", but a survey of variation in actual usage should still be possible.) What was the rule in Latin? In Old English? In other languages where this issue arises? 2601:645:8101:54AA:B4AF:9577:4284:3EC7 (talk) 01:57, 9 August 2015 (UTC)


Comment-2: What I meant was that I'm aware that the rule of agreement being controlled by the matrix clause is one of the common prescriptive positions. However my issue with that is that it is based on a theory of the proper analysis that says the function of the relative construction in the matrix clause is irrelevant, and importantly, this analysis is not reached based on the usage data but based on the assumption that there can be only one verb controlling the case. In all the languages other than English where this type of construction exists that have been discussed here, both verbs impose constraints on the case and the construction may be blocked entirely (requiring an overt head noun "anyone who(m)" instead of who(m)ever) in at least some cases of conflict. It's possible English is unique in that the matrix verb imposes no constraints at all, but I'm not aware that this position is well-supported by the data. My understanding is that there is great variation in prose even if we limit ourselves to the most respected authors. That is, actual usage is something of a mess here. I also may have overstated my lack of interest in English. To the extent the data of English usage is consistent, it is worth mentioning, I just don't expect that it will be consistent enough for a clear rule to emerge. I would be interested to know if there is statistical evidence that case-conflict is or is not typically avoided by rephrasing or alternation to non-fused relatives, but I understand such evidence would be a lot of work to produce. 166.170.38.79 (talk) 18:58, 10 August 2015 (UTC)

A good illustration of this kind with most controversial English deposit of the idealist account in this would be the working of Berkeley, briefly on the ground on which Berkeley held that no material thing could exists unperceived are these, although Berkeley was mistaken for his belief on ‘sense-contents outer’ (‘the idea of sensation’) with the school of idealism for its justification. He persuaded that a thing is nothing more than the sum of its sensible quality in question and that he denied that it is self-contrary to assert that there sensible quality exists undesired.

Accordingly we may also conclude that the substitution of <whoever> here above would only produce erroneous propositions just as substitution of <anyone> would produce a non-monotonous proposition in sentence 1) or the embodiment of alignment against the humdrum error yet the syncretism only for pronoun in dative rather than in accusative in sentence 2) as if it were matrix clause to determine the case although sense-content of the matrix in sentence 2) is only in the subject complement position to take reasonable sense contents.

Yet within schools of idealism and realism to sort out Berkeley’s idea of relationship between material things and sense contents, this take is perhaps not exactly accurate, but him supposing that what is immediately given in sensation accords introspective sensation of material things does in fact create doubts on the assumptions that matrix verb imposes no constraint at all on case assignment.

Apparently the answer is it does and it doesn’t, as in sentence 1) and 2) accordingly.


Comment-3: In formal English grammar, they way we learn it from a book, the matrix clause verb really has no impact on the case in the relative clause. I would have no way to know how unique that really is. StevenJ81 (talk) 19:31, 10 August 2015 (UTC)


Nevill Fernando: Except cases where fused relatives take complements via other routes other than RCL route although they are deducible from RCL principles. The objects are however not governed only within accusative principles. Then it is to say that the preposition in which RCL takes complement is one issue and the nature of the verb quality is the other issue.

Comment-4: I'm not sure that OP is right that there is no native intuition (or at least school instruction) in such matters. In OP's original case, I was taught very clearly that the correct answer would be "I will tell whoever asks." We did a lot of sentence diagramming in my high school freshman English class. For the purpose of selecting the correct pronoun there, the choice would be governed by the pronoun's position in the clause where it actually lives, which would be apparent from the diagram. The fact that the subordinate clause has the role of object in the main clause would be irrelevant to that. StevenJ81 (talk) 14:57, 10 August 2015 (UTC)

Nevill Fernando: It does actually; disciples to such an extent to serve as an object, but such an assertion as if it isn't  is also not incorrect. For example:

In these, as you can see, 'yes' is for  1) and 'no' is for  2). ‘Yes’ in the sense is that the subordinate clause only serves as the determiner to posterior participle <needed>, means 'has no role'.  An equivalent metaphrase would be <anything that are necessary>, but it is in here just a pronoun, means 'subject to nill case modification by RCL', that is, ‘objective’, namely, 'objective role of its matrix'.

Comment-5: A "true" case of blocking of a fused relative for case reasons in English would be difficult to find. In Standard Modern English, "who(m)ever" is the only word that both can have a fused relative function and inflects for case. And "whoever" is almost always acceptable in informal style, so blocking in the formal register would typically take the form of an informal-style "whoever" (or rephrasing) being mandatory. The only "evidence" of a blocked whomever would be one that sounds especially stilted, but usage of "who" is random enough that I would say it's more a matter of some usages being more common than others. In a brief comb over some examples it does seem to me like case-conflicting examples are a bit more rare than case-matching examples in pie es that make full use of "whom", though that could be explained for reasons other than "partial" blocking. In general, pied-piping is the only situation that rules out "who" in all registers (which is really just the result of a style conflict - pied-piping doesn't usually occur in informal style), but preposition-fronting isn't an option in fused relatives regardless of case issues, so it would be hard to construct a real blocking situation. 166.170.38.79 (talk) 23:30, 10 August 2015 (UTC)

<Whoever> seems illogical in this place and it is not that subordinate to have applied the case. It is indeed of the matrix for a reason.

Comment-6: School instruction isn't native intuition. I'm interested in a descriptive account in languages where case-marking in these situations is governed by syntactic constraints even in colloquial speech, so English isn't really relevant. The account that you were taught in school is problematic because it fails to explain how the verb number is syntactically controlled by the relative phrase (not just selected according to semantic factors), it fails to explain why preposition fronting is ungrammatical in fused relatives, and it fails to explain why fused relatives can appear as non-extraposed subjects in post-auxiliary position. 166.170.38.79 (talk) 16:18, 10 August 2015 (UTC)

Thus, a ‘preposition having fused relatives at front’ case is in fact reasonably logical; asserting eventually the points of intakes characters, namely with the relative taking preposition as the pre-intake prior to complement the matrix as its 'very and only object' as the one point and relative taking preposition as the intake prior to making itself available as the 'naked object' is the other point.

I do not however disagree with the take that these empirical propositions are to be tested first by reasonable nativities for their certainties as I am not for such an intuition by nature other than to defend certain descriptive paradigms within which certain analyses make there points of uncertainties meaningful.

Needless to say yet that our analytical propositions on extraposed fused relatives, due to their moribund status,  are very much alike any other a priori propositions while our genuine proposition is to be taking either a preposition for its object or noun or pronoun for its complement as a modifier in post auxiliary position non-extraposed.