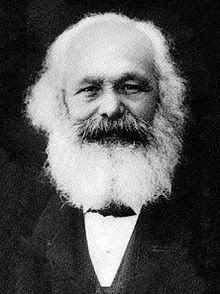 It is not misleading to say, as some do, that philosophy explains us how certain tautologies are actually meaningful. Philosophy does value the experience, though not their imperatives as the backbone to empiricism. And no other times in history have more to offer the empiricism in perspective than it is now and it is in Marxist terms; the concept of ‘social class’ and the ‘concisely oppressed’ in terms of who would likely not own any meaningful means of production and that would likely rebel against those consensuses--a theory that never has been understood accurately in the philosophical world until now.

For some times I had met many linguists and philosophers around the world by a way of like when they were being with or without been known themselves of those folks who like to look at their scholarly works. Myself yet as a hobbyist in this, sometimes I still had to send some quick notes to some via emails or posts etc. for comments whenever there had been added curiosities shown me for answers. Nowadays I don’t do this, at least to such an extent as I had been two years ago and back, other than myself writing a monthly post to LangLing. So this time it is ‘case assignment in fused relatives’ as I stated in my previous post which i already posted in Blogger on Oct 27 and corrected today, and some comments on the questions selected from either unanswered or answered-irrelevant sources with the issue of ‘increasing number of PhDs around the world and their likeness to be called themselves as philosophers’. Personally, that sounds rather only just a bit strange with the assumption "vast majority of youngsters these days obtaining doctorate in philosophy are likely to have difficulties in reading and writing philosophy and yet their being still accustomed to and attached with it.'' However, this assumption proves to be irrelevant as the empirical evidences do not support the assumption that they can’t; in fact, they do, at least a bit.

Certainly a question like ‘Are you a philosopher?’ may be agitating to a young grad. A young girl perhaps would likely put her hand on her mouth and say 'no' before putting her hand down back for saying ‘Yes, I am from this ... year' and so on etc. just like whereas a boy would in his body language by way of taking a deep breath for a serious appearance in reply, since both PhD candidates and recipients nowadays see themselves as if them having such an energy to an academic marathon is only for having the job motive and nothing else and having no such a thing as it once ought to have been so for a bit of fight with social prestige and respect in the philosophical world.

Here are a few more questions I selected to add for some comments:


Why do universities ask public to call their postgrads ‘philosophers’?
Perhaps something like doctor in math, doctor in medicine, doctor in geography or etc for its subject specialty would make more common sense, but as for historical roots in which the custom was built or continually to be accustomed with, particularly on the epistemological inquires in which each subject to be mastered, this phenomenon as it is now seems to be also having the reasonable form and meaning closeness. And needless to say that not everyone is able to disciple and succeed in those minimum years in this is another good point what we may deduce as that philosophy.


Do PhDs have yet anything else to do with this?
Well, we are all philosophers. Without philosophy, we cannot plan our day for tomorrow, or even for today. Philosophy begins with such a minimum comprehension level in metaphysical realm of individual intuition to solve such a little puzzle and extends to mature with the higher form of individual capacity. So just having the ‘wisdom of knowledge for being yourself’ intact with your days' is alone philosophy in a narrow sense; and the ‘wisdom of knowledge having the capacity’ is that philosophizing. And you may translate it as 'academically'.


Are PhDs then actually phenomenalists (doctor in phenomenalism rather than in philosophy)?
This is one of the questions which is being in disputes for some times. I have no doubt with the take that youngsters graduating with doctorate in philosophy don’t see themselves as philosophers either other than those with subject major is philosophy. And I have only a very little doubt as to if anyone would worry about the terminological disputes of the past at all, as the graduates are for jobs and universities are for facilitating that mandate although there exists an issue as to  'why it is so given to us for which we have nothing to do'.


I have BA in math, MA in math, and then doctorate in philosophy. It seems history owes much to math and physics tradition. Is it why?
The history of academic philosophy is still much bias certainly when it comes to metaphysics. However even most known philosophers were themselves phenomenalists in modern day definition, including Karl Marx, although their affection for metaphysics and materialism to be empirically relevant appears to be not well understood or acknowledged by many modern day philosophers.


The tradition of school of phenomenalism in philosophy doesn’t make much sense in this. Bestowing doctorate with philosophy upon someone is said to be defined then as if one having the identity of being a member of the metaphysical tradition of the schools of either phenomenalism or epistemology. How could this be simply explained?
I do not see any of these as meaningful in this. If it is so, this should be rather other way around, namely, defining such a way for epistemological tradition to provide metaphysicist  and phenomenalist schools. Since metaphysics is no longer in the family of philosophy or even with the language for first language, what counts here is the innate faculty of phenomenalism in philosophy for everyone by the number of years in which the successful accomplishment entered into concession, including in natural sciences, physical sciences, social sciences, language, and philosophy. Their formal and organizational imagination is thus translucent epistemological treaties by means which the objects of experiences become philosophical or phenomenical.


Why is it said to be that advance texts in academia are read and written in philosophy?
Perhaps. Personally I do not think such a statement is correct, though I do not question such a belief. Most philosophers seem to have already walked away from this. For many philosophers around the world, it is too early to start and very late to finish. And natural sciences and physical sciences always have the word-to-word tradition just as ‘what you see is what you get’. Thus, those who still practice philosophy are those social scientists from the old school of metaphysics. There are two good reasons for this. First is that avoiding conflict with public in persuading a thesis deems necessary for many social scientists since public in general consist with the universal norms and characters and that convincing them with a new mandate takes time with full of issues in order to change their predisposed normative beliefs. The second reason is that philosophy has been, and to some extent it is even now, still the lingua franca for faculties of social sciences, languages, and philosophy even though global empiricism, vested primarily on the principles of recognizing, recollecting, associating, and apprehending worldly consciousnesses, yet demand for phenomenalsim.