Someone sent me an email recently for having my recent post in facebook appeared to be as if it was purposely written in metalanguage (ML) rather than in actual language (AL).

And so I didn’t say so. Here is that fb post: 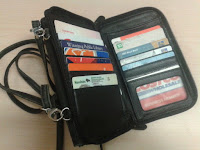 Certainly media and politics is the highest art of all sorts, for people, just as well to those who run governments and control people.


No doubt media industry holds a large number of women and a huge quantity of our lazy-men who are already immobilized for regular works but having the productive capacity for spiritual realms that connect and bind each other in the industry, particularly in crimes and talk-crimes.

The main objection to some subjectivist theory is then the validity of our judgment is not determined by the nature of people feelings situated in relation to it. No doubt also then that some are hyper sensitive to just for that language image (for being able to speak well in the eye of the beholders), while the industry itself is for image of nation. This phenomenon is then going with hand and hand for creativity in more force.

But destroying one's property, or income, or health etc in free and democratic society like ours just for media communication purposes is not right, I think, although there is celebrated arguments with some subjectivist theory by which victim theory does not escape, for it implies that environmental ethics are ethical judgment about people feelings and that they are all about question of values in society. Personally, without regard to political literature or community justice, only a loss of many hundred thousand dollars and a10 years of reasonably satisfying job is in this, however.

Yet this was found recently but i am not sure what this is all about. Just i didn't do it, lol.


Yet what it means by a language of a sort called ‘metalanguage’, we might ask, and even if we know already what it is, we may find it still difficult, unlike the term ‘metaphor’, that the term ML just by dictionary definition alone wouldn’t do that much unless one has an alternative explanation to give a near close synonym by which any sort of ML can be understood simple. We know then that our problem is partly due by the fact the ML is widely used around language concept like ‘meta tag’, ‘meta link’, ‘meta phrase’ etc and so it is why the term ML is so confusing. Since it follows Gestalt psychology, in defining genuine wholes (whole as one in which the properties of every part depend on to some extent on its position in the whole), and provides its propositions not at actual form but in linguistic character, we are at ease to take the definition of a sort from analytic philosophy by which it is defined as a language which is not concerned about physical character of things but only with the way in which we speak about them.

So unless one could give an explanation something like ‘it is a political language by which the actual language is read and understood’, it is understood simply that there wouldn’t be much quicker ‘aaha’ and many wouldn’t easily be able to get around with it just by our conventional definitions alone, we could say, although sometimes ML is a powerful force in interpreting contents of our actual language. This is then maybe due to the fact that readers expectation are by and large due with cultural and environmental significance just as well how well a writer is known with character for ML with readers.

Since it is then, ML, a useful mechanism in popular discourse but mostly for targeting peers and friends than it appears to be as if it were for public in actual language, many sensible writers are no doubt usually on the ML than (AL), particularly where consensuses arise for some secrets with a known circle whereas such a matter should be still mediated in popular discourse.

Interestingly, language researchers find that human capacity to ML is to be already with the age as low as even at 4, particularly in syllable stress, whereas adults to be growing ever with ML, particularly  to read and translate actual language texts in ML. Here is clip on children metalanguage awareness at a very low age:
By: Nevill Fernando