Something have come to be noticed recently, and also worth to be writing for a post, is something about our styles and our problems—the punctuation.

I like to call them ‘common errors’, using our common sense, but as there are of course style manuals that support such versions, understood also is apparently not to be called for ‘right’ or ‘wrong’ other than for taking that those perspectives by which the errors are described and detailed in our laws and conventions is worthy for looking into.

Some of those errors come to have been seen recently in a quick read is 1) how a university degree is to be written, 2) how geographical locations is to be capitalized, 3) how companies and organization take the period as the punctuation in abbreviations for business entities when referring business names.

Interestingly, our local real estate magazine Winnipeg Real Estate News also shows that most companies are to be taking period for their business entities when referring their business names. Funny to think yet that half of them walk away with the guilt just for having the different like, for example, Inc. rather than Ltd in their business name. For example, in this link at page 22: 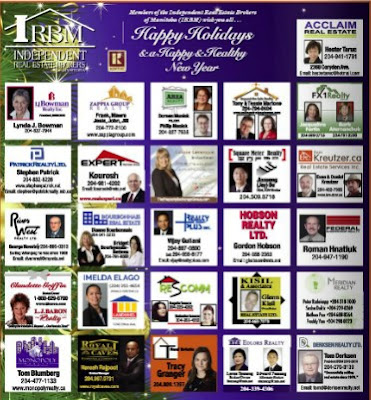 So what is the style issue exactly?

According to some, style manuals, the abbreviations of ‘corporation’, ‘limited’, ‘incorporated’, ‘company’ etc are abbreviated just like anything else, except personal titles, but with period based only on the fact if the abbreviated words are shortened with or without their last letter in question.

Accordingly, ‘limited’ don’t, while ‘incorporated’ do. However, if some other manuals, including Chicago Manual of Styles, are to be referred as a guide for students writing or academic journals, the abbreviated word is to be still followed by punctuation period regardless of the shortened form is confined with the last letter of a word or not.  So everyone is still okay in this, so to speak.

I wrote a short post  in my facebook on the 'geographical location' for conventions and confusions recently, and here is the copy to see with the varieties of conflicting intuitions, laws, and conventions:

Should the name of geographical regions be capitalized?

'Yes' goes with style guides (including with MIT), but 'Not really so' is the take with the author Roland Dyck of 'Capstone Construction' and with University of Texas style guide.


So where do we misread this and where is the puzzle?

The answer is arguably simple, as this is being related to postal reference and nothing else, according to Dyck. Accordingly, 'downtown', 'north end', 'west end' etc are only capitalized if only such names are being established in postal reference to a country in question, he states, and he states further that such geographical regions be hyphenated for direction, rather than other way around or in two words, is to be better for meaning whether you drive to a point or drive by direction.

So as for how this analogy goes with North America or Eastern China or Southern World, he states that 'North America' is to be an exceptional case for a change, China might have the postal reference for 'Eastern China', and the 'Southern World' is to be always small both in direction and the name of the place. Accordingly, 'eastern China' or 'northern world' referring geographical region in small letter is perfectly confined with its semantic sense and you don't make big noise about the direction if not needed, he says.

On how a university degree is to be written, this is actually a bit strange, i can say, as this is being widely an error even with graduate admission offices, though the capitalization convention is almost the same except perhaps from a very few university style guides like Washington State University, for example, stating that it should be in small letters like 'bachelor of arts' when spelled out.

And very often a bachelor's degree and master's degree is mistakenly written by so many as bachelors' degree and masters' degree accordingly, in addition to our capitalization errors, is certainly a bit of our missed in the past perhaps but good to know for the better.
By: Nevill Fernando