(Funny this was a post with a very less worldwide readership but i got into the biggest trouble for. You wouldn't even believe what those kinds were, funny too. Certainly good legal writings are not an easy task even for lawyers and many of us from outside are also not having that much education from world top universities for our formal writings. History too has very interesting fables with our spoken language as our  most sensitive and secretive persons usually go even around the world for splitting their goods in money, spirit, religion, caste, class etc by which the rest of the people  can be lead to give the sensitive goods back to the men and women of those who are inherited or deserved with it. This is funny too yet then to think in first person or in second person as 'Still what do you have to do with this anyway for all these actions or reactions?'.

Not much to add to LangLing as schools are off, writers are off to season,  and the LangLing is also off for full page. This is a re-post of July o3, 2016.

Those viewing the attached MS Word file via a university internet might find it difficult to open the file. Since universities block social media websites, Microsoft sites like Outlook and OneDrive also appear to have been  mistakenly blocked. For example, this file can be opened from University of Winnipeg but not from University of Manitoba internet. This appears to be then, since universities are changing now their email clients to Gmail and Outlook, a mistake not reported in some universities.)

Recently someone came to my residence in Howard Block and handed over a letter. 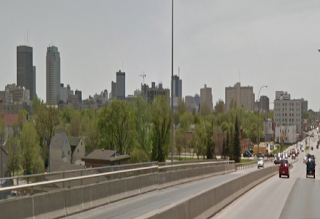 I looked at the person, not very long though, and concluded soon that the letter was likely written by that same person for a court trail to be proceeded soon with the certainty that the letter has been delivered at hand in person. A quick psychoanalysis also revealed to me the person carrying some form of a pride to it likely for, i am guessing, having the job done of something in print and legal fashion to hand over to someone. What else also appeared to be a bit oblivious to me was that the person was to be behaving in false-pride. So after the person leaving my door, I looked at the letter and found out with the same true that the one page letter was consisting very simple improper phrases with the format even easily to be corrected for the proper. But for some reasons, I find it to be alright for a person to be doing such a job even if the person doesn’t have the direct knowledge of language and grammar to write something to a person who is in much higher authority. A few weeks later I was informed of the issue being ended successfully in the Court of Queen’s Bench for her initiative in Volksgeist.

The story is however just to make up a point only and so is not to be taking here for an issue to be relevant in any way to this post ‘common errors in legal writing’.

Apparently, while i have been actually for a few issues lately, I had the liberty of taking some of our common errors in legal writings also in perspective for this post, initially for personal letters, to illustrate their respective formal versions of particularly on the issues of the positions of adverbials and dangling modifiers with their respective corrections and propositions.

Here in the link or bellow you will see a 10 page letter consisting of most common phrases and clauses errors having been corrected for the better. This is actually a copy of the original personal letter that i had to send in 8 places this week, but i have really no issue in it to hold anything very personal.

Making any duplicate of this form or content is however well advisory for not to do so since any form of duplication is easy to detect as to the true potential and there comes in addition some customs to follow as to how to write a letter or trust letter even if you are a lawyer. As it is still usually a way of podanie to a client in many cases, so it is just for my purpose appropriateness only, and, obviously, for the purpose of writing this first part-series about common errors in legal writing within the principle of legal Sprachgeist but in decompositioning any pragmatism and Grimm's philosophical tradition for precision.